In the first half of the Aeroflow Confidence Challenge series we discussed how to develop confidence by making simple but powerful shifts in our mental and physical behavior. In the second part of our series, I will encourage you to take actions that are a little more intimidating (in this article in particular), but you will quickly see that pushing yourself through your fears will catapult you to a level of confidence that you didn’t even realize was possible!

This all begins by getting ourselves far outside of our comfort zones. So buckle up, it’s going to be a wild ride. 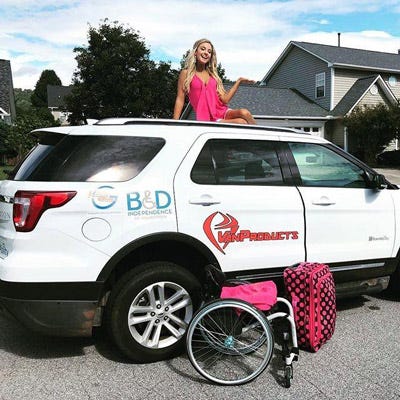 When people look at my social media profiles now, they would probably describe me as adventurous, outgoing and maybe even fearless. The irony in these adjectives is that the Madeline of six years ago thought that being “adventurous” included trying a new dish at my favorite restaurant or maybe, just maybe, buying a shirt that was outside of my normal color spectrum. (Can anyone say orange?)

During this time, I was going through a very rough time in my personal life. I was beginning to fall into a pattern of depression and anxiety, one that took me to the ER several times because of severe panic attacks. I didn’t know how in the world I could possibly get my way out of the mental blockades I created for myself. I felt like I was surrounded in a world of fear: fear of failure, fear of not being able to live my life because of my disability, and fear of what people would think of me.

One night I was lying in bed at 2 in the morning and I devised a plan. I was going to do something that forced me to be bold - something that would help me shake all my fears away. That night I planned an adventure that would end up changing my life forever.

The adventure was this: I had to drive around the entire USA over a period of two months. The catch was that in almost every state I had to do something that scared me.

Barely two months later, I was headed out on my adventure. The drive alone was an epic challenge. As someone who had only driven about three hours away from home, driving for 10 to 12 hours at a time was completely out of my comfort zone. It took a level of stamina that I didn’t know I had. The fear-chasing adventures were just as challenging. I found myself jumping out of a plane, going 200 feet underground to explore the largest cave in the world, rappelling up the side of a mountain, BASE jumping off the side of a bridge, going up the side of a volcano, and skiing on a sit-ski down a mountain.

I began to see a side of myself that I didn’t know existed. I found a confidence and boldness beginning to develop inside me that changed the negative beliefs I had about myself.

This also, as a side note, was an adventure that tested not only my mindset, but my bladder! With every catapult outside of a plane or spin off on the side of a mountain, my delicate bladder was pushed to its limits, spasming with each jolt that it experienced. At this point, full incontinence protection went from fairly important to absolutely necessary! Thankfully, Aeroflow Urology provided me with the products I needed to stay protected. 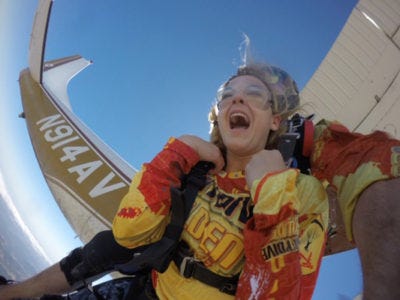 One of the adventures I went on that made me by far the most terrified was shark cage diving. I had to beg the owner to let me try it out, because he was nervous my injury would interfere with my ability to swim. I assured him I could swim with no problems! When we got on the boat, I noticed that there were eight of us jumping in, but only one small cage. As I began to do the math, it quickly occurred to me that I had boarded my way to a cage-free shark diving experience. The captain began throwing chum in the water and the sharks quickly started to circle. I will never forget what it felt like to hear him say, “Oh, they must be hungry today!” With my heart pounding, I jumped into the ocean and prepared to look my fear directly in the face.

I have jumped out of a plane four times now, but nothing compares to the feeling of having 15 sharks swimming around you. The dive went well at first, but it took a turn when one shark took a particular interest in me. It kept swimming up directly toward me and taking sharp turns at the last minute. The last time, it headed toward me at a quicker pace. Right before it reached me, one of the safety divers on the team literally had to grab the shark and toss it the other way! Completely rattled, I swam toward the boat as fast as I could. I had looked my fear in the face...but didn’t have to necessarily stay there until it bit me.

You might ask me, “Madeline, are you telling me that I have to enter shark-infested waters in order to become a better me?”

Testing out your abilities in new areas helps you to find a new you. It breaks down negative conditioning you have about yourself and rebuilds an attitude of courage, independence and bravery. You begin to see yourself in a new light and feel strong enough to tackle goals you might have thought were out of your reach!

I have found this step to be immensely helpful with my journey toward advocacy. In order to create change in this world, you need to acquire the skills of courage and persistence. Like those who came before us, we will have to be brave when standing up for what is right and not back down when others try to stop us. Become a fear-chaser so when the time comes to be valiant, you no longer feel afraid.

So go after your fears with everything you’ve got! 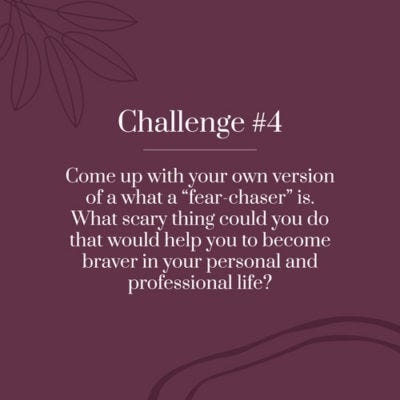 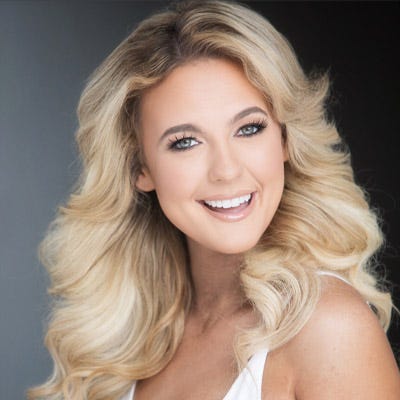 NEXT →
How To Increase Catheter Comfort 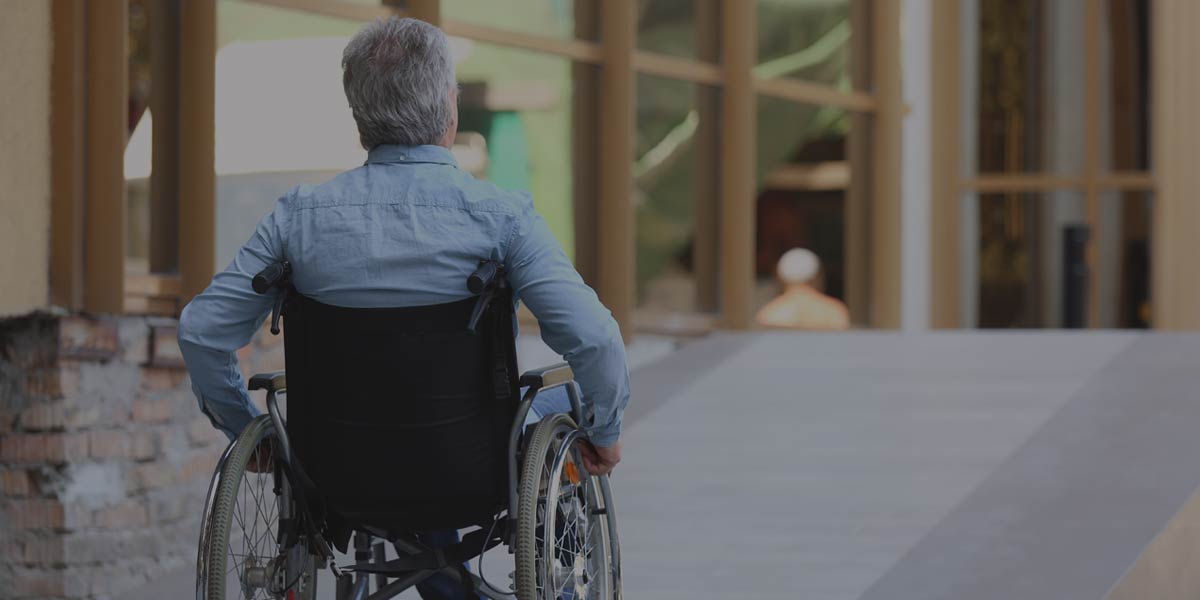